Microsoft's upcoming release of Windows 10,has a host of new features like Cortana, HoloLens integration and Project Spartan.

Windows 10 what about Windows 9?

Although there is no ‘official’ explanation as to why Windows 9 was skipped in favour of Windows 10 many users have speculated as to what the reason may be. One of the more popular explanations is that legacy desktop apps may be testing to determine which version of the Windows OS the user is operating by running a piece of code such as:

For those of you who are not code-minded the example basically states that if the operating system name starts off with the word “Windows” followed by a number 9, then assume it is either Windows 95 or Windows 98, if not it is something else.

Whilst this is feasible as an explanation it still seems a little odd that Microsoft will factor in legacy desktop apps but no longer recognize some of their own software from days gone by.

So what’s going to be new in Windows 10?

The technology sector continues to be the most dynamic field in the world today. Drastic changes in the way operating systems are designed and built are driven by extremely high competition within established technological firms such as Microsoft, Apple and so on. The rise and discovery of new problems occur every day that need solutions, as more and more devices, apps and platforms become available the problem of compatibility only worsens. The race to dominate becomes increasing more difficult.

Microsoft is one example of a firm that has made major steps in advancing technologically. Since they announced the release of MS-DOS back in 1983, they have been working indefatigably to improve their products and in particular the Windows operating system, with varying levels of success. If you were to ask the average PC user what their favorite and least favorite versions of Windows have been so far, don’t be alarmed if 99% respond with “Windows XP was the best, Windows Vista the worst!”

The dawn of Windows 8 is one significant key factor that led to the need of another operating system that would cater for its drawbacks. It was a completely redesigned operating system that was meant to run on tablets and smart phones as well as desktops. As a new product in the market, users who hastily jumped into it were faced with difficulties when using it. Most Windows based operating system traditionally had the Start button in the bottom left corner of the screen. Windows 8 users were greeted by a Start screen with no Start button to be seen anywhere. Starting a program and ending it became a big task. Most people had difficulties in shutting the computer down because they couldn’t see the power button. The last nail to the coffin, Windows 8 was not stable, users had to keep updating and installing patches released by Microsoft on a daily basis. This can become incredibly annoying and apps that worked one day wouldn’t work the next. Shutting down the computer could take far longer as update we being applied. This all led to the development of windows 8.1 that sealed major loop holes in Windows 8.

However, windows 8.1 did not bring an end to the ease of usage problems that came with Windows 8. This and other factors led to Microsoft announcing the release of Windows 10 on 21st January this year. Windows 10 has been designed to bring a new experience to Windows users and also run across a variety of devices. Microsoft is yet to announce the official release date of Windows 10 but tech analysts are speculating good news from them in April this year during its annual build.

Microsoft have released a “Technical Preview” of Windows 10 that you can try out for yourself now!

As long as you’ve signed up to the Microsoft Insider program you can download an ISO which you can burn to disc or mount on a virtual drive. Just remember though that this is not a production build of the operating system and there could be problems with using with the installation.

The Technical Preview license is also expected to expire on April 15 this year.

Windows 10 features that are blasts from the past!

Windows 10 has been packaged with some of the greatest features from previous versions of Windows that have disappeared over time. Some of these features include:

The absence of the start button made it difficult for most users to get to grips with both Windows 8 and 8.1. Windows 10 has brought this amazing feature back which will be music to the ears of Windows users around the world.

Microsoft has implemented a file explorer with Home folder where all your most visited places will be stored. This whilst being a very minor addition actually makes finding your files much easier, quicker and more intuitive.

Users will now be able to change the degree of transparency of the command prompt window like is the case with most UNIX based operating systems. In addition users will be able to use Ctrl V, a shortcut for pasting, in the command prompt which up until now has proven a major annoyance to users for a long time. Other operating systems such as Apple’s OS X has had the ability to paste into the terminal for years, so it’s good to see that Windows is finally catching up.

Recycle Bin on the Home Screen.

Users can now pin the recycle bin on the home screen in order to improve ease of use. This is like going back to earlier versions of Windows and it makes far more sense to give users what they are used to if it still works.

Windows 10 features that are Brand New!

Cortana is one of the packages coming with Windows 10. Many people will recognize the name from the Advertisement son TV for the latest models of phones with Windows Mobile operating systems. Users will now be able to talk to their PCs and be able to perform various processes like playing music, exploring pictures etc. with just a verbal command. This will also heighten the competition in the market of Voice control with Apple’s Siri and Google Now. Artificial intelligence is slowly being implemented in our day to day operations and whilst still in its infancy, some decent progression already has shown the real potential of this technology.

Is a new program that will be replacing the Microsoft’s default browser Internet Explorer. This is because over the years, Internet Explorer has lost its popularity due to bad experiences users had with its previous versions i.e. Internet Explorer 6 and 7. Despite a huge effort to push Internet explorer to catch up with it’s main rivals (Firefox, Chrome and Safari) the battle is still being lost to dominate the web browsing marketplace. Many modern features that Firefox and Chrome has can only be achieved with Internet Explorer via third party add-ons and hacks made by Developers and users for example aFarkas posted a HTML5 shiv on GitHub which brings some of the functionality of HTML5 to IE.

Microsoft claims that “Spartan provides a more interoperable, reliable, and discoverable experience” and a big emphasis is being placed on “Distraction free reading”.

It seems as though the internet as a whole is being cleaned up and we are now past the days when a page loads and it’s a clutter mess full of text, bright colours and advertisements. This is a great thing to focus on. Openly admitting on their blog Microsoft said: “We’ve deliberately moved away from the versioned document modes historically used in Internet Explorer, and now use the same markup as other modern browsers. ”

It remains to be seen yet whether the coming of Project Spartan will be enough to get people using Microsoft products to browse the web, or whether the damage has been done already and Firefox and Chrome will continue to hold the lions share of users.

What’s this I’m heaving about Holograms?

In addition to these amazing features, Windows 10 is paving the way for Hololen’s headset. It has been described as the most advanced holographic display the world has ever seen and is already creating quite a buzz around what it will be capable of and how it applies to our day to day lives.

We all know that various VR technologies have existed for a while, but they have never really made it to the mainstream. Inherently a 3D headset come with some problems for every day usage, you can’t exactly walk around all day with a helmet on not looking where you are going. Other companies have tried and are still trying to work out a way of merging VR tech with everyday life. A good example of this is the Google glasses which are starting to gain some popularity and momentum now.

Microsoft has taken a somewhat different approach with the Hololens integration, rather than trying to shoehorn it into every day life, Microsoft expects the technology to not work well “on the street” and it is designed for use in the home.

Windows 10 will support holographic displays matching digital content with the physical world. For instance, one will be able to hear voices behind you in the virtual world. It is expected to be released and distributed within the lifespan of Windows 10 and represents a major leap forward in technology and an exciting time to be involved in it.

NASA have also mentioned the use of the Hololens headset as part of the Mars Rover program, which sounds very intriguing.

In conclusion, Windows 10 is no doubt a remarkable operating system implementing sophisticated technology. It has brought a new era where a new generation of operating systems has been born. How the operating system will perform on the market in light of other operating systems is something we can, without having to wait and see, speculate. No doubt everyone is anxious of having this great experience from Microsoft. 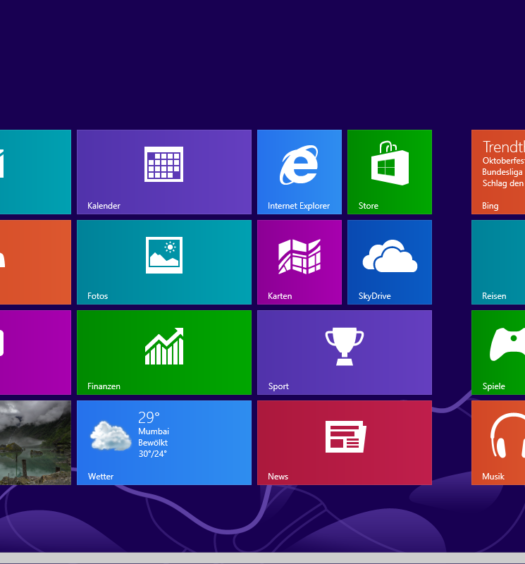 Read More
Windows 8 review, what’s all the fuss about?
Submit a Comment