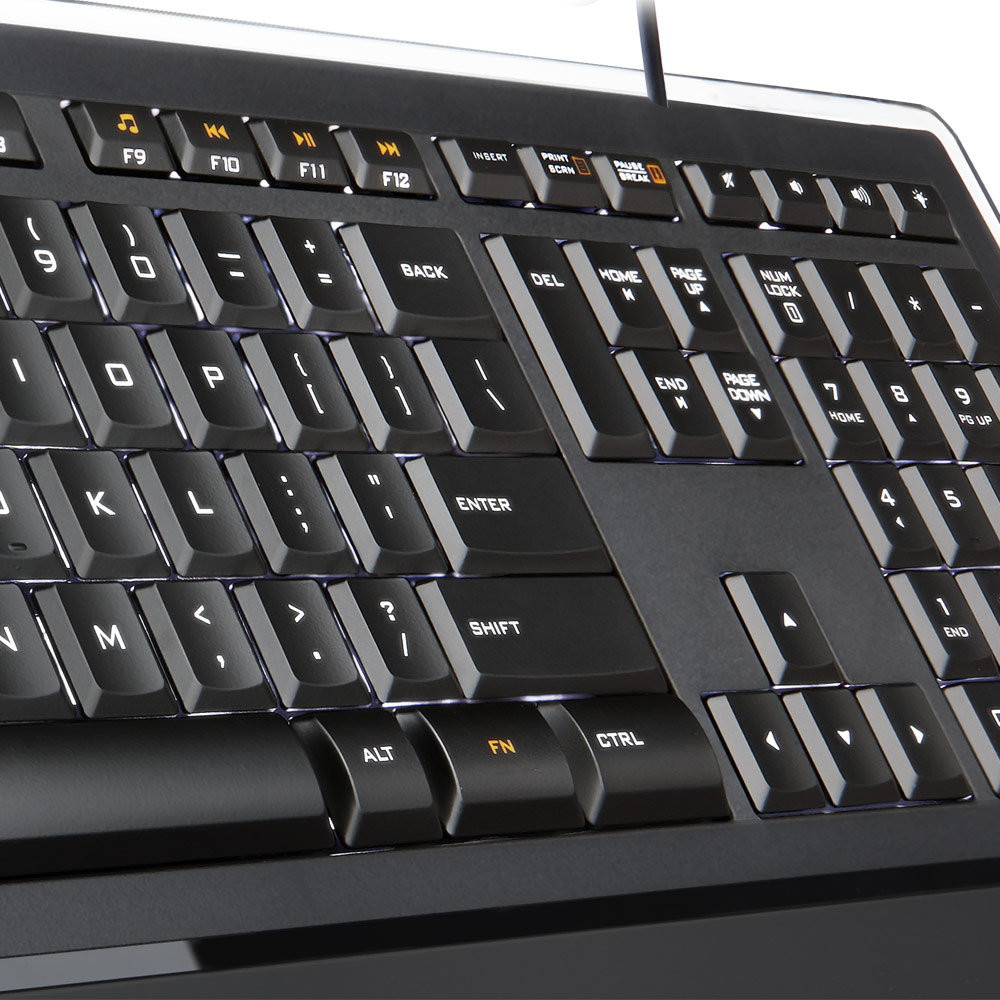 Logitech Illuminated Keyboard -Get more done and work at night

What is the Logitech Illuminated Keyboard all about?

We could only really think of one answer to the question and that was so that you can work in the dark.

Now maybe you do work at night a lot or maybe you don’t, personally I do find myself working late or sometimes early, and I find that if I’m typing and the light is off generally it’s ok, I occasionally miss the key I meant to press but I soon get back on track. My brain knows exactly how far to move to reach each key.

However when I do lose my way, sometimes it can be really annoying to find what your looking for. 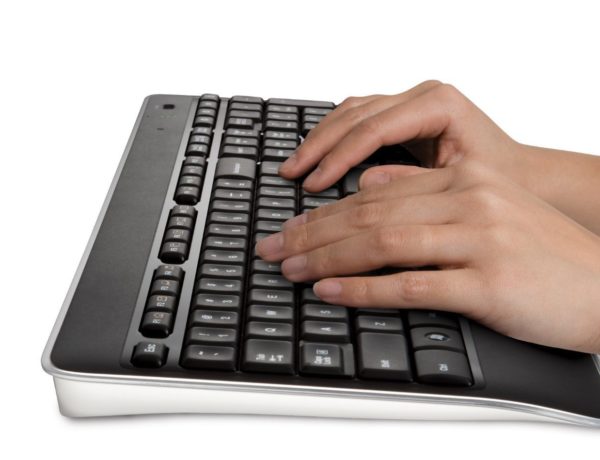 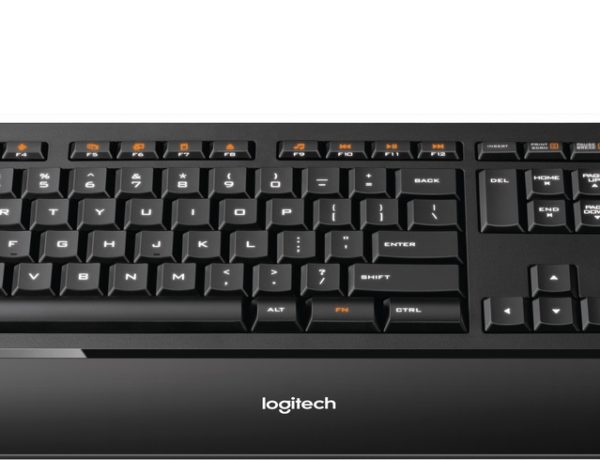 A good example of this is on my particular keyboard the mute button is directly next to the sleep button, on more than one occasion I have tried to mute the sound at night to avoid waking my family and accidentally clicked sleep instead. This doesn’t sound like much of a problem but it can be highly annoying if your computer fails to wake from its sleep as mine has a tendency to do from time to time.

Interestingly though seeing the keyboard at night isn’t actually the problem we would say is the most difficult to overcome. The noise made by your fingers hitting the keys is unnoticeable during the day, but at night each hit betrays you as people around you begin to stir.

So working at night is only for the Single, Lonely types?

Well fear not as the Logitech Illuminated Keyboard has been designed to overcome this issue, they called it PerfectStroke, which claims to make each keystroke, “comfortable, fluid and silent.”

In our opinion, this is a fantastic idea but does it really work?

Well yes, and it’s a bit hard to describe how it’s different but this is the closest analogy we could come up with, it’s like the difference between two hi-fi systems, one cheap plastic one and an expensive branded one. The buttons on the cheap hi-fi clicks as you press it and even rattles by a few fractions of a millimetre, whereas the buttons on the expensive hi-fi system feel solid and as though fixed in place, even offering some resistance to your fingertip if you push it down.

So far we know that the Logitech Illuminated Keyboard is cool to look at, useful for working at night and built with silence and build quality in mind, well what else has it got up its sleeve?

Something we haven’t looked at yet is style, the Logitech Illuminated Keyboard is sleek and modern, the profile of the keyboard is an ultra-thin 9.3mm giving it an elegant, minimalist feel. As an added bonus the Logitech Illuminated Keyboard also has its own soft-touch palm rest allowing you to type comfortably for extended periods of time and prevent RSI.

The keyboard itself is finished in matte black with the laser etched backlit keys.

The layout has been designed to offer you easy access to lots of commonly used functions whilst remaining uncluttered and clean.

What do we really think about the Logitech Illuminated Keyboard?

We find the Logitech Illuminated Keyboard, very nice to look at, it’s stylish and fashionable enough to make anybody’s desk look better than it does now. The keyboard is razor thin, whilst also remaining heavy to prevent it sliding around during use. The illuminated keys are fun during the day and practical during the night and the PerfectStroke keys have to be felt to be believed, it may not be something you think about at all but once you try this you may find it difficult to go back to using a regular cheap keyboard.

We would go as far as to say the PerfectStroke keys are actually the best feature on this keyboard.

The only thing on this keyboard that could be made better is if it was wireless instead of requiring a cable to be plugged in all the time… oh wait, it’s all that as well.

Sure the price tag is a little high for a keyboard but the Logitech Illuminated Keyboard is no ordinary keyboard and if you use the computer a lot you may find it something you can’t live without after a week or two.

Overall a really nicely built, solid and smooth keyboard, it offers a touch of class and professionalism where many others fail to deliver. The illuminating keyboard backlight to some could be a gimmick but to others may actually find it very useful indeed. 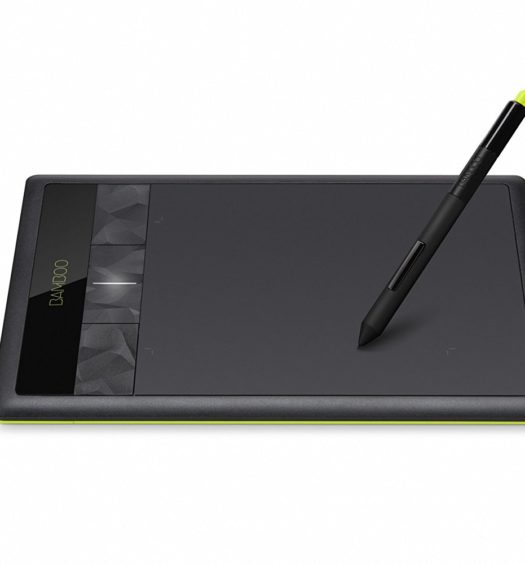 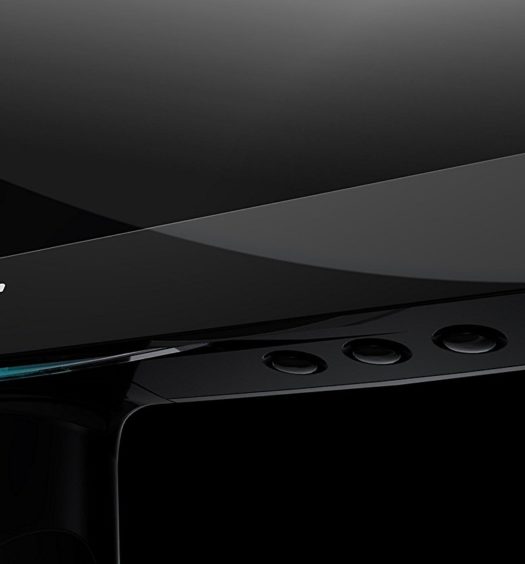 Read More
The best monitor for you? An Acer s240hlbid LCD Monitor Review
Submit a Comment