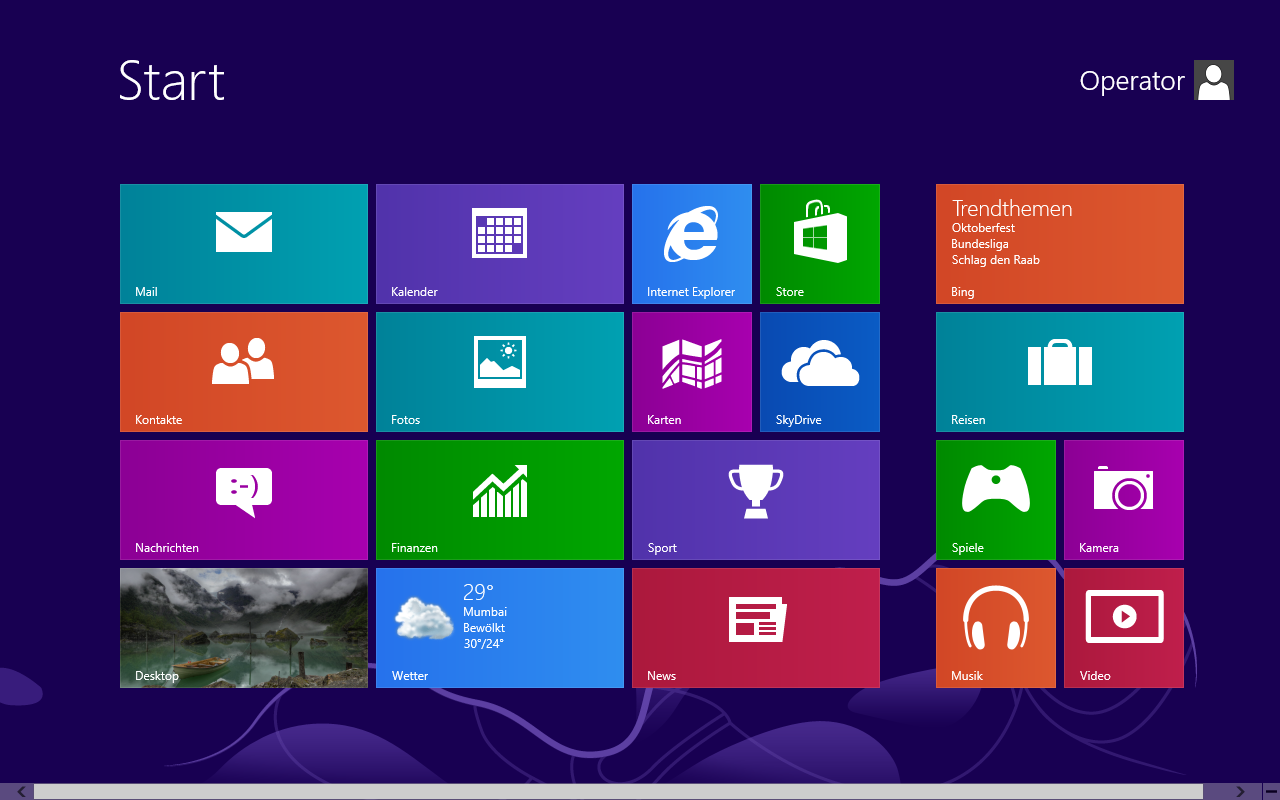 Good but not without big issues

In this brief Windows 8 review, we are going to be looking at the newly released Windows 8 upgrade to see what exactly makes it different from its predecessors and if those differences actually make it any better or do they, in fact, make it worse as an operating system in this day and age?

Meet Windows 8 in this short video which demonstrates some of the new features….

There is a theory that when Microsoft releases each operating system they bring out a good one followed by a bad one.

Based on the historical pattern this would make Windows 8 another dud.

But read on our Windows 8 review may surprise you.

As with any review this Windows 8 review is going to look at the previous version of the products and showcase the newly added features. Although the will only be a short Windows 8 review we will be trying to include some of the key points to wet your appatite a little, if you want a more in depth Windows 8 review head on over here

Due to there now being more choice than ever instead of a Microsoft Operating system, the developers have had to step it up a notch and bring out something a bit different, that will make there competitors such as Apple and Linux fall behind and have to play catch up again. Suffice to say they have gone a bit mad with this one.

Anybody who has seen the adverts for Windows 8 or watched the video above will notice that is looks nothing like any Windows OS they have seen before. In fact it looks more like the Windows Mobiles OS that were brought out a few months ago.

No longer are you met (by default) with the old task bar at the bottom of the screen, start button to the bottom left and rows of icons  fillings up you desktop, instead now you are greeted with the “Start Screen” which is filled which “tiles.”

Each tile is connected to an app, a website, a person, a playlist, or anything else for that matter that you choose. All the information within the tiles is updated in real time to keep you constantly up to date and without even leaving the start screen you will be aware of everything important to you.

This is all interconnected with social media and things such as photos that you have been tagged in a message from friends will display directly to your start screen.

This is essentially taking the idea of “live widgets” from Vista and Windows 7 and developing them into something far more sophisticated and useful.

The whole premise of this start screen is to allow user to share information easily, this is the way the internet has been going in recent years and as time goes by more of more people are relying on social media to share photos, videos, links to websites, play games, communicate and more. Microsoft appears to want you to do all of this through there system rather than switching between various different websites.

Microsoft own web browser Internet Explorer which was once the most popular, most used browser has in recently years fallen from grace and been over taken by other superior browser such as Firefox or Google Chrome, this may be Microsofts way of clawing back some of the millions of users it has lost by allowing them to access multiple platforms of social media through there own desktops.

Use two apps at once…

In this video, Microsoft demonstrate how you can now use 2 separate apps at once. Whilst this is intriguing we can’t help but think that with all the swiping and touching and moving about that is going on, that things are starting to look like the futuristic computer from films (namely “Minority Report” anybody remember that film?)

Maybe this is a good thing and it shows that times are changing and our needs as users are becoming greater and greater to the point where we need a complex array or program working simultaneously to serve our needs, or maybe it is just Microsoft over complicating things, we think this comes down very much to personal preference.

then you can write your own Windows 8 review!

Other new features worth a mention…

Something we would never have imagined covering in the Windows 8 review until now was the lock-screen.

A real driving force behind this operating system is personalization and creativity. Some relatively small features have been implemented which give the user some nice ways to customize there own experience. Take for example the lock screen.

You can set set up a “picture password” rather than a typed password, example given by Microsoft include “tracing a zig-zag over your dogs face”, or “tapping you child on the nose 3 times” to unlock your computer.

Something like that not only increase security on your device but also adds a bit of fun to an otherwise annoying procedure.

It seems as though Microsoft are really starting to apply some pressure to the market now to get user to move over to using touch screen PC’s, tablets and mobile devices a lot more.

What we really think about Windows 8…

Honestly, it looks great, the idea is fantastic, having one operating system which runs across all devices from PC’s to laptops to tablets to mobile phones and more makes a lot of sense.

Being able to personalize nearly anything you want, make a lot of sense.

Moving more and more towards touch screen technology makes a lot of sense.

Why haven’t we rushed out to grab a copy from the shops yet?

Well this is more fear of the unknown than anything else, like we said everything looks and sounds great and as long as Microsoft continue to develop it and iron out the inevitable bugs in it then we are sure it will make a fine operating system, but it is a radical change from the previous system and to be honest there was nothing inherently wrong with the previous system.

In time, no doubt this fear will subside and we shall all fall hopelessly in love with Windows 8’s shiny new features.

However it is worth noting guys that you can change the theme of Windows 8 to look a lot more like Windows 7 if you so wish, so you should be just fine with it!

Although this is a rather open ended, end to a Windows 8 review we would like to remind you that we have tried our best to remain unbiased and fair in this Windows 8 review, and if that means rounding up with a non definitive answer then so be it.

We hope you have enjoyed this Windows 8 review and can take away a better understanding of what you might be getting to grips with sooner than you think in the pc world.

Good but not without big issues

In this review, we look at the newly released Windows 8 and discuss some of its new features, as well as if it is really a suitable alternative for your previous operating system?
Why should you fork out for it?

Ease of Use 8
Intuitiveness 4
Design 8